Alternative rock group Cage The Elephant just released their fifth studio album, Social Cues. Grammy winning album, Tell Me I�m Pretty was released in 2015. A lot has changed in lead singer Matt Shultz life in the past four years. Furthermore, Shultz uses this album to deal with recent divorce and loss of loved ones. For a band that seems to bounce between many different sounds, Social Cues may be the album to truly define the sound of Cage The Elephant.

The Kentucky-bred band opens the album with song �Broken Boy.� A space-rock roller coaster with Bowie influences. The paranoia begins to fade as title track �Social Cues� starts to play. This track addresses the price of fame and the toll it takes on one. Certainly, Fueled with lines like �I�ll be in the back room, tell me when it�s over,� as well as �Take some of these, they�ll ease the pain.� Shultz gets a little personal alluding to the demons he has battled in life.

The album showcases the bands wildcard style. �Night Running� stands out as a pop-rock masterpiece featuring artist Beck.The band blessed fans with early release, ‘Ready To Let Go,’ which firstly picks up the pace. And secondly returns to the blues and garage rock roots of Cage. Within these tracks Shultz approaches the recent Divorce with control. For instance, he shouts, �The sun went down over Pompeii, on both sides the vow was broken.� Of course, this energy fluidly flows to the post-punk banger �House of Glass� being a metaphor for the ended and shattered marriage.  As the smoke clears, things slow down with a beautiful melody that swoons listeners in �Loves the Only Way.�

Sure enough, the act revisits past albums �Melophobia� and �Tell Me I�m Pretty� with similar sounds. For example, these sounds are apparent in �The War is Over.� Finally, the record begins approaching an abrupt end within �Goodbye.� Once again refferencing, Shultz’s collapsed marriage. That is to say, the chorus haunts you with emotion, �Goodbye, goodbye, goodbye. I won�t cry, I won�t cry�� and verses grabbing your soul with lines like, �My heart�s an ashtray and I lost my mind.�

To sum up, in the end all you have is yourself. Social Cues certainly puts this message on display. The raw talent in addition to the maturing sound of Cage The Elephant, showcased here. Most importantly, a non-playlist-worthy song is nowhere in sight within the 13-song long track-list. In conclusion, Social Cues by Cage The Elephant is now streaming on all platforms, go check it out now! 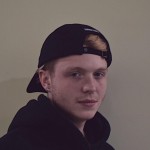