In this column, we’ll be revisiting the highlights of otherwise disappointing or forgettable albums by some of our favorite artists.

The early 2010s were a major shifting of the tides in hip-hop – it was an era marked by cloud rap, new cliques, and the overeager proclivities of punchline rappers who were experts in the form, like Big Sean and Childish Gambino. Thousands of man hours were spent refining metaphors about ass to the degree that they would hold up in a thesis level defense. A thes-ass defense, if you will. We live in a richer world for those efforts.

The early 2010s were also home to a nascent Drake, who had long shown a knack for the more pop forward elements of hip-hop – stealing the spotlight with the release of his stellar mixtape ‘So Far Gone’ and popular features on “Bed Rock” and “Forever.” Thanks to that drive, he quickly became a known quantity, a rapper who croons with grace if not grit – but the version of him present on long-awaited debut ‘Thank Me Later’ is unfocused and conservative. At that turn of the decade, Drake was still a rapper reticent to expand past the image he had cultivated – a puppy dog playboy.

Unfortunately, that constraint is responsible for the creation of many corny moments like the sweet nothings uttered by him that live up to their name – short of any weight, any real presence. Most of the songs are completely serviceable at their core. Middling verses, proficient hooks, and beats that sound expensive are nothing if not hobbled potential. However, where the elements in a song like “Fireworks” fails to coalesce, “Fancy” exceeds.

Elevated with TI’s former glory and the bombastic energy so often sought of Swizz Beatz, the trio have an undeniable chemistry that quickly reveals just how much energy the album lacks as a whole. We’re also presented with Drake at his most self-assured up to that point in time – able to stand tall among rap icons outside of the Young Money camp without sacrificing his own identity. Outside of the formerly novel concept of being a rapper who sings, the rest of Drake’s identity is subject to change based on his own audience friendly whims and it shows.

Here, he puts on the airs of a jilted lover as he lays down lovelorn lyrics that come off as more honest than the hollow mafia-mentioning braggadocio of recent years. He’s a seasoned actor, adopting a character is instinctual. TI even offers what may have been an early model for a more “aggressive” identity that would later be enlisted by Drake starting on his magnum opus – 2015’s mixtape ‘If You’re Reading This, It’s Too Late.’

In the meantime, Drake flexes his writing muscles by hitting us with featherweight verses so catchy they could be hooks in and of themselves. It’s that level of commitment to mastering pop structure that separated him from leagues of lesser rappers.

Swizz works double duty as feature and producer alongside Drake mainstay Noah “40” Shebib, collaborating on a beat with soft, sunken bass that intertwines a sample of soul classic “I Don’t Want to Play Around” by Ace Spectrum. Not enough is said about the central hook, which was originally sung by Mary J. Blige before she was relegated to background vocals on the final version. Ultimately, it’s Swizz’s voice, engrained with an inconsolable and distinctive raspiness that solidified the track as one of Drake’s best.

The high speed hook is half tease and half accusation, especially suited for the last two minutes of the song that takes on a beat switch and slows down to make the atmosphere a bit more sensual and closed-in. “Fancy” is quintessential Drake, an early example in his tendency to deliver great singles instead of solid projects without fail. It’s a curious and self-defeating tendency of the Canadian, with albums always a little too long or unfocused to certify as classics. Fortunately, he still knows his way around the Top 40 because he’s never left. After all, he is a (self-proclaimed) pop star, not a doctor. 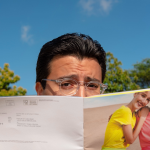