Michigan’s very own rock band, “POP EVIL” gives us a taste of modern day rock music with their newly released hit single titled, “Work”. The single released during the midst of the national pandemic and during uncertain times for everyone this past spring. The new, animated music video illuminates not only cultural rock music, but bleeds the daily struggles of working class citizens. The new single “Work” surely tackles the apprehension and emotions of feeling stuck in a rut.

With the practice of social distancing, as well as thousands losing their source of income, the only thing left is do is either find new ways of work or to keep on grinding at work. The new rock music video shadows the monotony of the same old daily life routine and how we’ve also grown accustomed to constantly communicating through technology.

“One, two three, we all fall down
We work ourselves into the ground
One by one, the clock strikes twelve
We punch back in inside our shells
Inside our shells”

The track arrived alongside with “Let The Chaos Reign”, one of the heaviest songs the band has released yet. A single definitely worth listening to first thing in the morning. Set your alarm and play this song as a reminder to put aside all the “chaos”, fight back, and face the world with integrity and strength! With their edgy and melodic tune, there’s no question as to why POP EVIL has been a major staple as a modern American hard rock band.

Despite the group’s relative youth, they’ve ruled the roster with No. 1 Billboard Rock singles!

The release date and album title are still
to be announced!

As “Work” and “Let the Chaos Reign” might suggest a fearless and confident approach to all of the madness going on nationwide, POP EVIL’s sixth new album is very much anticipated! The hard rock scene is hard to compare to a decade ago now that we live in a world with mainstream pop-rock tunes and electro-based jams. POP EVIL gives off that nostalgic, edgy 80’s hard-rock feel with a surprise punch! Personally, I’m counting down until this sixth studio album because their last one titled, “Pop Evil” was all the way back in February of 2018. Long live Rock ‘n’ Roll, baby!

As of wintertime of 2019, the band dedicated their focus in Los Angeles to add any finishing touches towards their upcoming album. Needless to say, waiting isn’t always fun and requires patience. So, we’ve got the give these stars time to perfect their rockin’ work. Am I right?! In other words, make sure to keep your eyes peeled for POP EVIL’s worldwide record deal with “EOne Music” for their latest album releasing this year!

“Sometimes you’re up, sometimes you’re down. We like to take people on a journey when they listen to our music or come to see us live.”
– POP EVIL (2020)

Stay tuned for the latest music updates!
The Fusion Press 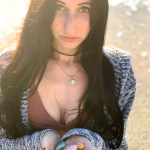 Born and raised in Connecticut, Rachel finally made the decision to do some soul searching after she graduated with a Behavioral Science degree. In June of ‘19, she moved to Florida in hopes of pursuing her writing career and passion for music. A self-taught drummer and writer since she was around 4 years old, Rachel’s got a hunch for the latest artists. Aside from when she’s not writing, you’ll catch her out enjoying nature, practicing yoga, fishing Tampa Bay, or rockin’ at the latest show! 🙂