Neil Young has announced a new book chronicling his efforts to improve the quality of digital music.

Neil Young Is a lot of things.  A rock & roll icon. An artist.  A hippie. A political activist. An environmentalist. What many people may not realize, however, is that he cares very deeply about the quality of the audio that you hear on streaming services. This is the central focus of his new book To Feel the Music: A Songwriters Quest to Save High-Quality Audio, written with Phil Baker, now available for pre-order on numerous book sites, and scheduled for release on September 9 according to his post this weekend on The NYA Times-Contrarian, his newspaper-style archives and information hub found at www.neilyoungarchives.com.

As Young tells it, “To Feel the Music is the story of my efforts to improve the quality of the audio that you hear. It takes you through how the sound was and is compromised by the tech and recording companies, and instead of improving over time like other technologies, it has become worse.”

His fight to improve audio quality has been one that has spanned decades, going back as far as the early 80’s, when he first heard his songs on CD and felt disappointed at the noticeable drop off in quality from vinyl, and what he was hearing in the studio when he recorded them. As the industry moved more towards mp3 downloads and streaming music, the fidelity worsened and this weighed heavily upon the Canadian rocker.  “I felt really guilty about selling mp3s,” Youngsaid in a 2014 interview. “People were paying for this thing that was only a fraction of what I created… It sounds so compromised that you really don’t get the feeling of the music. You don’t get into the depth of the music and get the soul of it because there’s not enough of it there.”

2014 was also the same year that Young introduced PONO, a short-lived portable digital music player and high quality digital download service.  According to Young, this book also discusses the business and developmental story behind the failed venture, which was discontinued in 2017, just two and a half years after the first shipments went out.

Despite the setback, Neil Young remains very passionate about this cause, and wants to shed further light on the issue.  He concludes his announcement for the new book with this- “The issue of improving audio quality has been one of the most important things we’ve been doing for decades, and something I focus on every day. We spent a year writing this, and I think you’ll find it interesting and informative.” 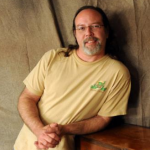