Ministry Mames the Eardrums of Nashville Along with Melvins, and Corrosion of Conformity at Ryman Auditorium in Nashville
The “Industrial Strength Tour” now comprises 35 shows and kicked off on March 2nd, and came through Nashville on March 19th. The itinerary was lengthened due to “overwhelming demand” after the tour was postponed from the fall (after a previous postponement in 2020) due to health and safety precautions.

The Show
Ministry played tracks from The Mind Is a Terrible Thing to Taste — celebrating the LP’s belated 30th anniversary — and debuting songs from their new album, Moral Hygiene.

With special guests, Melvins and Corrosion of Conformity, the show was loud and insane, as expected. And believe it or not, the acoustics of The Ryman fit industrial metal perfectly.
When metal makes its way to Nashville, there is nothing like getting a leather platform boot to the face while the ghost of Johnny Cash looks on. The crowds at most metal shows are usually the nicest, picking up mosh-pit parishioners any time they fall, and this show was no difference.

Pioneers of industrial metal, Ministry was founded in Chicago in 1981, and found mainstream success in the late 1980s and early 1990s with the albums The Land of Rape and Honey (1988), The Mind Is a Terrible Thing to Taste (1989) and Psalm 69: The Way to Succeed and the Way to Suck Eggs (1992), with the former of the two certified gold and the latter certified platinum by the RIAA. The band has been nominated for six Grammy Awards, and performed at several notable music festivals, including participating in the second annual Lollapalooza tour in 1992 and co-headlining Big Day Out in 1995. 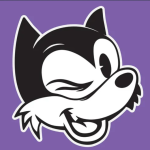