Living in a Ghost Town, an Apt Song for this Unprecedented Time

On April 23, 2020, The Rolling Stones released their first original song since 2005 called “Living in a Ghost Town.” It’s also one of the most relevant songs to come out since the world was turned upside down by the COVID-19 pandemic. You can find a link to the official music video HERE.

The Rolling Stones’ newest song relates incredibly well to the particular time we are experiencing, despite its being written by Mick Jagger and Kieth Richards over a year ago, pre-COVID-19. Jagger confessed in an interview with Zane Lowe of Apple Music, “It wasn’t written for now, but it was just one of those odd things,” he said. “It was written about being in a place full of life but is now bereft of life, so to speak.” On The Rolling Stones Facebook page, Richards explains, “we were cutting Living In A Ghost Town as part of a new album, along with several other tracks and we just pulled this one out because obviously, it’s staring you in the face and you say ‘you got to say it now.'”

The song’s instrumentals are relatively upbeat and the vocals soulful as ever. Jagger admitted he slightly edited the original before the release to make it “less dark.” However, the darkness is still quite palpable in the lyrics. It’s eerie how succinctly “Living in a Ghost Town” describes today’s state of the world. Jagger recounts, “I didn’t have to rewrite very much, to be honest. It’s very much how I really did it.” According to Jagger, the original version contained more “plague terms” than the finished product. Jagger’s spot-on predictions of pandemic life likely have the Illuminati conspiracy theorists in a frenzy.

Living in a Ghost Town – The Music Video

The music video, which has already reached over nine million views on YouTube, furthers the COVID-19 theme. All of the footage is perceived through a first-person fisheye lens. It captures cities all over the world, which appear to be on lockdown. The conflux of the first-person perspective and the fisheye lens makes the viewer feel like they are wandering the streets from within a giant transparent bubble. It’s reminiscent of the 2001 film “Bubble Boy,” in which a young boy is forced to exist in a sterilized bubble to protect him from illness.

What’s Coming Next? And When?

Every street, subway, and park are entirely vacant, this paired with the sped-up element promotes a sense of urgency. The disembodied wanderer walks down iconic streets and by famous landmarks, which would typically be humming with people. The video is a compelling display of the impact this pandemic has had on a public scale. At the same time, the lyrics speak to the subjective experience. Collectively, the song and the video make for a decent abridged encapsulation of this year regarding the COVID-19 experience.

Information surrounding the album and a release date is still unclear. There is much conjecture from eager fans circulating the internet. Jagger has not been all that forthcoming about the specifics. He explained “I don’t want it to just be a good album, I want it to be great. I’m very hard on myself if I write something or do something with Keith. It’s gotta be great, it can’t just be good. We’ve been recording, and we’ve got some really great stuff, but don’t hold your breath.”

Kieth Richards, slightly more transparent than Jagger, reveals that the band has “…5 or 6 tracks, and there’s a real soul feel about it for some reason without anybody intending to.” This is the most substantial knowledge out there surrounding the anticipated album release. In the meantime, we all can sit back and enjoy “Living in a Ghost Town,” until the full album finally arrives. 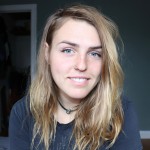