We may never know wether it’s pronounced Extra-x or Extrax since it’s likely that this band is fated to be eaten by the sands of time. I obtained their only recorded material; an over priced 45 off Discogs. It was all worth it for the A side: The Machines Have broken Loose, a parabolic narrative about the fall of man and rise of the machines set to a New Wave disco beat with a phased out guitar flying over head. The lead vocals truly make the song, a woman sings out with a bravado full of menacing doom as she’s backed up occasionally by a mechanical voice chanting “The Machines have broken Lose!” It’s humble, theatrical and groovy.

“I Am a Woman” the B side is less interesting. A bad Bee Gees knock off, I’m here for The Machines. Cask, the label that put out this 45 has little to no information online except for a list of some other bands they put out with a similar 80’s synth charm, “Know” being a notable artist among them, although none have the unique production decision of mixing acoustic drums and electric instrumentation that Extrax has. We imagine that it is only cruel tyrants that are brought down by times ceaseless decay but it also the small and those that are full of soul. Time is indifferent to quality or meaning. Perhaps those are the things we should try hardest to carry with us despite our knowledge of their fragility and ultimately their tragic fate.

Album Reviews From The Past 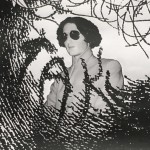