“Creatively, I felt a strong connection to my own life while writing these lyrics,” says vocalist Emily Rath. “As an only child, I was somewhat of a late bloomer. I felt a little more anxiety about leaving my comfort zone than others my age.”

“Little Bird” confronts the anxiety and hope that coincide with coming of age.

“I knew that when I did leave home,” says Rath “I would have the support and love of my family to carry me, regardless of how far away I went. With “Little Bird,” I wanted to explore how hard it can be for not only the child, but also the parent. The person who knows that you can’t truly discover who you were meant to be without taking risks, learning your own lessons, and flying away from the nest – even when you’re scared.”

“As a parent, there is no greater fear than watching your child let go of your hand and tackle life’s uncertainties and challenges on their own,” says Lance. “There is also no greater joy and sense of accomplishment than watching them discover what they are truly capable of without you.”

When it came to the video, East of June liked the idea of the viewer feeling like a bird in flight.

“Further into our brainstorm,” adds Mortensen, “we discovered their was a deeper story in tracing our parallel paths with music over the years. We introduced the idea of weaving together images of our childhood. It all comes together when we see Dirk with his own daughter. He passes the musical torch onto her as the cycle continues to go on.”

East of June is partnering with Alternative Press for a live-streamed performance.

The set will take place on Friday, September 25th at 7:30 pm PT / 10:30 pm ET.  It will be broadcast via Facebook Live, and it will feature the band performing a handful of songs followed by a Q&A.

When Lance and Mortensen first linked up with Rath, they knew they had something awesome to share.

They put a name to their collaboration, and East of June was born. Prior to East of June and post Incubus, Lance spent a decade on a passion project called “Willie’s Nerve Clinic” before joining with Mortensen to start a songwriting collective.

Lance co-wrote and performed on the Incubus hit albums: “S.C.I.E.N.C.E.,” “Make Yourself,” and “Morning View.” He was a force behind the group’s biggest songs “Drive,” “Pardon Me,” and “Wish You Were Here.”

The latest collaboration, “Little Bird” is now available on all digital platforms. 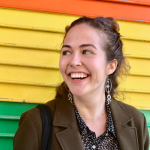