Canadian deep dubstep producer Widow is the latest artist to join the Deep, Dark & Dangerous roster. His debut EP, Hoia Baciu, combines rumbling bass with meditative drones and haunting melodies. If your aesthetic leans toward the spooky, you’ll definitely want to give this one a listen.

Before entering the electronic world, Widow (real name Ryan Ryder) played drums in various metal bands in his native British Columbia. This worked out great for a while. But as anyone who’s ever played in a band knows, keeping one together can be a struggle. After years of playing in bands, Widow decided to try something different.

“What really attracted me [to electronic music] was thinking ‘I can do all of this on my own’ and ‘I don’t have to rely on anyone to be on the same page as me or show up to practices,’” he said. “I had been through so many different bands, and it’s really difficult to keep everyone on the same wavelength and [have everyone] like the same style of music and want to go in a similar direction. If one person starts having a falling out or isn’t as strong as the rest of the group, then it just falls apart and crumbles…I think that’s what attracted me the most, for sure, just being able to do it all by myself on my own time.”

Getting hit with the “Truth”

“I’d always been so closed off to other styles, especially electronic,” he explained. “A lot of people that don’t know electronic music production build up assumptions that it’s really easy—just pushing buttons. Being from the live world, I held a lot of judgments toward it. I felt like I was putting in so much work using ‘real instruments’…[Truth] helped me open my mind and also get into the mindset of cheering the drum influences in electronic music.”

From there, Widow made it his mission to become a part of the Deep, Dark & Dangerous crew. He soon got his chance when Truth announced plans to take on another artist. Although Widow was “pretty new to writing deep dubstep at that time,” he decided to send in two songs. The next day, Truth contacted him and asked him to write an entire album for them.

Widow elaborated on the album-writing process. “Writing this album, I only had one song that was ready to go that they wanted. But then they asked for three more. So then, it was just the process of [me] writing songs and [Truth] deciding if they liked it or not, or if it needed to be tweaked. Then, me listening to it six months later and realizing I didn’t like it and wanted to switch it out for a different one. It was a yearlong process.”

The result of this yearlong process is Hoia Baciu, Widow’s debut EP. Listening to Hoia Baciu evokes vivid images and emotions. Each track is its own adventure: a haunted hayride on Halloween night, a pack of wolves stalking their prey through the forest, or Druids performing forbidden rituals under the light of a full moon.

These dark and haunting vibes dominate the EP. According to Widow, this was intentional, as he wants to elicit introspection and “forgotten emotion” in the listener.

“For me, dabbling in this foreign dark arts of music, my intention is to provoke a shadow work aspect,” he said, “to help people go inward and reflect on what’s going on for them—more of like a meditation of bass.”

He added, “I’ve been through a lot of shit, just a lot of darkness…I’ve come through that pretty powerfully and potently. And I’m trying to help people rise above any of those emotions that I’m provoking in my music. [I’m] kinda just being vulnerable with my experiences and bringing it into the music and hoping other people will feel that. And it’ll help maybe provoke some hardship that they’ve been through as well and help them process it.”

Just before the COVID-19 pandemic, Widow was incredibly busy. He worked full-time during the week and played shows on weekends—all while being a dad to his two-year-old son. With “normal life” on pause, many people found themselves with ample free time. While free time equates to boredom for some, for Widow, it’s the opposite. More free time means more time to work on music and be a dad.

“Secretly, it’s been nice for me, because I am so new as an artist,” he admitted. “It’s just been a perfect time for me not to get wrapped up in touring and playing shows like crazy. [I’ve been] able to step back and really build the material and really focus on writing and making lots of music, so that when things do kick off again after quarantine, I will have had all this time to prepare for that jump and transition from my day-to-day job to more of a music path and career.”

Hoia Baciu is now available on all streaming platforms. 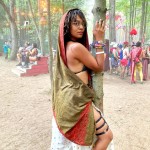