Over the last few years, Jessie Reyez has been gaining an audience through releasing EPs and singles all leading up to her album, ‘BEFORE LOVE CAME TO KILL US’. The most recognizable being ‘Figures’, which received a triple platinum certification in Canada. With strong vocals and songwriting paired with R&B beats, it is hard not to get drawn in.

The Colombian-Canadian artist, Jessie Reyez, released her most recent album, ‘BEFORE LOVE CAME TO KILL US’ on March 27, 2020. Since the release, Jessie has received nothing but compliments on her debut album. Her voice is one not to be compared, as she displays incredible range while keeping a flow that sets her apart from other female vocalists. Jessie takes the listener through a roller coaster of heartbreak and emotions with melodic bars that keeps the listener engaged.

Diving deeper into her music style, she is profoundly personal in her music bringing listeners into her world. In ‘BEFORE LOVE CAME TO KILL US’ Jessie gives us a boss attitude with cheeky lyrics mixed in. This made the album, not sad, but empowering for all of those that can relate to heartbreak or insecurities.

All in all, it is clear Jessie Reyes will receive well deserved accolades on her debut studio album. 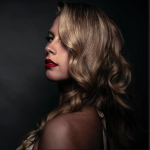